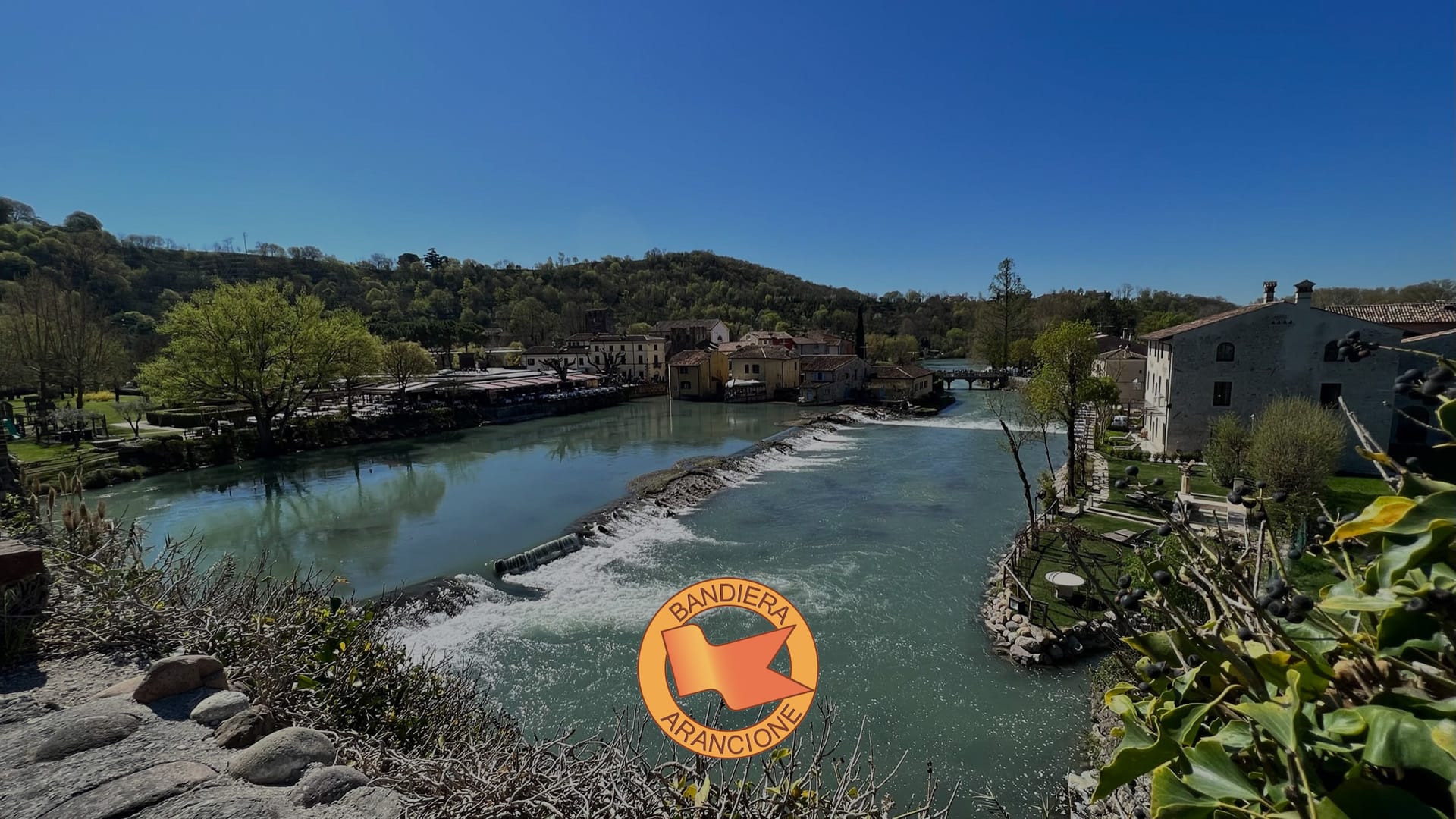 Borghetto di Valeggio sul Mincio, renowned village among the most beautiful in Italy, is an enchanted place that will amaze you for its elegance and tranquility.

Borghetto, a name of Lombard origin means “fortified settlement” and is the name of the first inhabited place built near the river Mincio, in the province of Verona. Valeggio instead, means “flat place”, even if the tradition wants to trace the word back to the wording Vale dium, “Valley of the gods”.

Valeggio sul Mincio and Borghetto belong to the Lombard-Venetian culture and the fact that they were built near an ancient ford, a crossroads between water and land routes, characterized over the centuries these places as areas of passage and refreshment where travelers could always find a hot meal, a glass of wine and a safe place to rest.

Some testimonies dating back to 1300 find Borghetto place of taverns, inns and great commercial traffic. Environment not far from our days. Currently the village has over 60 restaurants between the river and the green around, to offer its “travelers” a hospitable stay in total relaxation and tranquility.

Unmissable is the village in the evening, from the natural light of the sunset to the night where the illuminations reflect on the Mincio river, a real magic atmosphere.

The town has been awarded the Orange Flag, recognized for the variety and value of its historical and cultural heritage, with many well-preserved attractions, to crown the service the great hospitality of the Valegians.

Three ancient mills that seem to be born from the water, located in the center of the village.

Ponte Visconteo is an extraordinary fortified dam built in 1393 at the behest of Gian Galeazzo Visconti, Duke of Milan, to ensure the impenetrability of the eastern borders of his domain. 650 meters long and 25 meters wide, it was later connected to the overlooking castle Scaligero by two high crenellated curtains and integrated into a fortified complex of walls and castles, which stretched for about 16 km in the plain: the Serraglio.

The Scaliger Castle, of which we find the round tower of its oldest part, a horseshoe-shaped construction of the twelfth century, while the rest of the complex is dated to the fourteenth century. Equipped in the past with three drawbridges, today it is possible to see a partially preserved one.

Church of San Marco Evangelista, the reconstruction in neoclassical style of the ancient Romanesque parish church dedicated to Santa Maria dating back to the XI century, of which two important fifteenth-century frescoes remain.

Every 4th Sunday of the month, in the central square of the town and in the adjacent streets of the historic center. More than 100 exhibitors selected to impress enthusiasts and the most demanding collectors, looking for high quality and original pieces.

Fashion, vintage accessories and design proposed in two editions: in mid-May for spring/summer and in early October for autumn/winter. Many professional exhibitors from all over Italy, already present in the most famous fairs of the sector, participate.

Every year, on the 3rd Tuesday of June, on the Ponte Visconteo of Borghetto sul Mincio, almost 3000 people sit down at two tables of about 600 meters, to taste the famous “Tortellini di Valeggio”, poetically called “Nodo d’Amore”, or Love knot. The parade of extras in medieval costume, evokes the protagonists of the legend from which the festival takes its name, ending with a grandiose display of fireworks in time to music, from the towers of the Scaliger Castle.