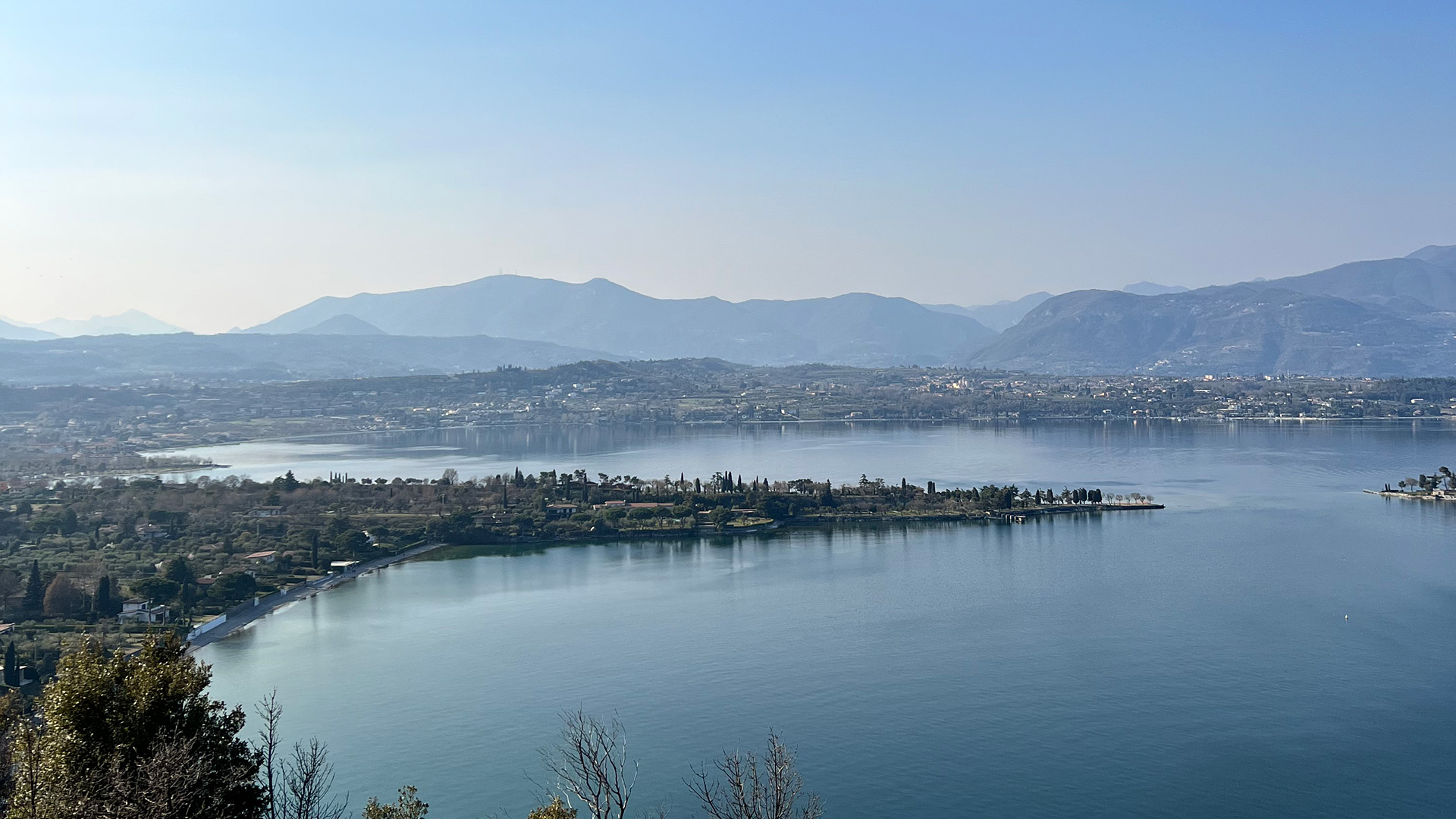 Lake Garda is the perfect place for the whole family thanks to the numerous activities it offers. With an area of 370 square kilometers it is ranked as the largest lake in Italy and is a tourist destination that offers unforgettable stays all year round.

The Mantua – Peschiera del Garda cycle path
The Mantua – Peschiera del Garda cycle path is the cycle path that runs along the Mincio. Suitable for the whole family, it is a 43.5 km route with some strategic points in which to stop for a regenerating break for the whole family. path. The cycle path is suitable for all ages and requires a modest physical effort. It does not have large differences in height and is particularly recommended for those who love being in the midst of nature.

The Scaliger castle of Sirmione
The castle of Sirmione is an impressive fortress overlooking the lake, which is accessed via a drawbridge over the water. The 146 steps allow to reach the patrol walkways and to admire all the surrounding area. The entrance of the castle is also the only way to enter the historic center of Sirmione: you can touch the history of this center and one of the few defensive structures on the lake in Italy.
The Scaliger castle of Sirmione is one of the best preserved castles in Italy.
Today it can be visited in its entirety: two crenellated towers dominate the lake and the dock, still working, which houses a lapidary of the Roman era.

Desenzano and roman excavations
Desenzano del Garda is a town that overlooks the Brixian side of Lake Garda, an ideal destination for lovers of relaxation and shopping.
The internal street that runs parallel to the lakeside promenade starting from the sixteenth-century Piazza Malvezzi, offers more than a kilometer of elegant shop windows that alternate with bars and restaurants for an aperitif or dinner in the beautiful setting of the lake.
Desenzano del Garda is also renowned for its Roman excavations located right next to the historic center. The Roman Villa of Desenzano, discovered in 1921, was built at the end of the first century BC. The more than 240 square meters of polychrome mosaics preserved represent scenes with cupids harvesting or on chariots racing, maenads and satyrs, wild animals, allegories.

Italian Vittoriale at Gardone Riviera
The Vittoriale degli Italiani is the burial place of Gabriele D’Annunzio and a real “small town” that he wanted and built with the architect Giancarlo Maroni between 1921 and 1938. It is located in Gardone Riviera, not far from Riva del Garda.
In this place the poet celebrated his literary, war and patriotic exploits. The Vittoriale includes a large house museum full of objects, themed rooms and decorations, a large park with statues, ponds and gardens, an auditorium for 200 people that hosts exhibitions, conferences and events, various spaces used as museums, an amphitheater. Not to be missed is the Secret D’Annunzio Museum, which is located in the basement of the amphitheater and collects objects from the daily life of the Vate, including shoes, clothes and collars for his dogs.